Presentation of the project

The “Break the Chains – stop Human Trafficking” Youth Exchange took place in Paralimni from the 12h to the 19th of November 2016 and was hosted by the Cyprus Youth Clubs Organisation (KOKEN). It involved 30 participants (4 participants and one group leader per country), who represented 6 different associations:

The main objective of this project was to raise awareness and motivate young people to act on a global issue, hurting most of the European values: Human Trafficking.

The specific objectives of the Youth Exchange were:

a. Raise awareness and form an understanding of human trafficking among youth;

b. Create an understanding of mechanisms and forms of human trafficking;

c. Inform how young people can protect their rights and help others in everyday life;

d. Share the perspectives of different countries, as well as to form an understanding of the transnational dimension of human trafficking;

e. Involve various stakeholders which work on prevention of human trafficking in communication with youth;

f. Form a base for young people to raise awareness of their peers in local communities under a coordinated international campaign;

The evaluation of the activities was an ongoing process that took place on a daily basis after each day´s schedule in small reflection groups. There was also a midterm and a final evaluation that gathered all participants´ experiences and views about the project.

Using these methods, the project had an interactive and social character where participants learned how to work as a team, share their opinions and ideas in a democratic way and be more creative and open-minded as it comes to the use of different materials.

In addition, the participants obtained a theoretical and practical background on this topic and met the objectives of this activity which focused on the participant’s awareness about the issue of Human Trafficking and motivate to act upon this matter.

The activity lasted six days long (with two additional travel days). The daily activities, as well as the energizers´context, differed day by day, depending on the theme of the day; however, all of them were adjusted to the main theme of the activity which was the participant’s awareness about the importance of fighting against Human Trafficking.

All participating countries were involved in all activities. 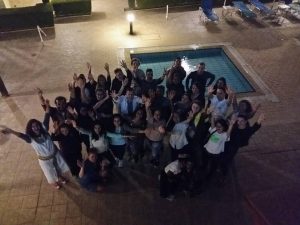 On the day of arrival, all participants were welcomed by the organizers and had the first contact among them. Everybody enjoyed the location from the first moment and began to get to know each other in a friendly environment.

On the first day, the activities focused on getting to know each other and they were introduced to the topic. Energizers, icebreakers and name games took place, so that all participants would get familiar with one another. Afterwards, the ERASMUS+ Program in combination with the aims and description of the Youth Exchange were presented.

Fears and expectations of the participants were shared and written on a flip chart and the organizers set together with the participants the rules for the Youth Exchange. Information about their safety and protection were also provided. In the afternoon, the focus was placed on creating a bond among the participants through some team building activities. The reflection groups took then place and were discussed with the other groups.

On the second day, the participants focused on the main topic of the Youth Exchange which was Human Trafficking and its forms. Through group discussions and brainstorming participants became aware of what Human Trafficking is and the size and importance of the topic, even in our everyday life. Also the Youth Pass with its eight key competences were explained. The reflection groups met afterwards and the intercultural evening, where the participants presented their countries and cultures, in combination with the presentation of the participating organisations took place. There were creative ways used for the presentation and an intercultural buffet with local food from the countries followed.

In the following days the knowledge of the topic was enhanced as well as the awareness that Human Trafficking affects everyone and how easy it is to become a victim. Also there were ways presented to the participants how they could raise awareness in their home country and they also got the possibility to develop their own ideas. This was achieved through team work, discussions and presentations. The reflection groups met every evening to give feedback all the time direct to the organisers, group leaders and facilitators. One field visit to the police training centre and specifically in the department of Human Trafficking in Nicosia took place and the Red sand event was organised in the buffer zone at the Home for Cooperation.

During the last days, the participants developed their own ideas on how they could make a change in their home country as well. Particularly, they created some videos in order to to spread awareness on the phenomenon of Human Trafficking. 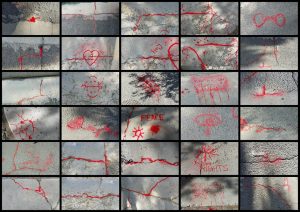 You may follow the links and get a taste of what was produced: https://www.youtube.com/playlist?list=PLsYuCPvdoabPiQMxcEgJkYSvMsgf5U9qz.

Moreover, partnership building activities took place in order for the participants to reflect on how to use their learning after returning home, to think about new partnerships and contacts and develop new project ideas for future activities in the field of raising awareness against Human Trafficking and on how to make a difference.

The use of Youthpass was of great importance because it gave the opportunity to the participants to outline their own learning outcomes and contribution to the project.

Outcome of the project

Also, they gained more practical knowledge, since they have built a network with which they can cooperate for future projects in order to raise awareness on Human Trafficking. Also, they participated in the “Red sand” project to raise awareness of Human Trafficking and made their own videos through which they will pass the message to their local communities and friends.

At the same time, since a workshop on how to complete the Youthpass was implemented, the participants were able to focus on the key competences that Youthpass includes and through interactive and social practices they could also reflect on those competencies. These competences are: Communication in the mother tongue (during the preparation phase in each participant’s country), Communication in foreign languages (written and spoken), Mathematical competence (through the handling of the practical issues of budget, travelling etc.), Digital competence (communication with the use of information technologies and video making), Learning to learn (during the whole activity), Social and civic competence (from their participation and the team work activities , Sense of initiative (from the use of innovative educational methods), Cultural awareness and expression (throughout the activity and especially from presentation of their countries and the cultural evening).

Through non-formal education methodology, the participants were able to compare their own realities and discuss Human Trafficking reporting their society’s voice. The activities and debates were carried out under the guidance of the group leaders and facilitators. Participants’ opinions were collected in order to point out the most significant results about the “Break the chains” Youth Exchange.

The opinions collected from the participants were encouraging and satisfying. The project met its goals in the sense of
collaboration between team members was developed, people met their expectations in terms of getting new knowledge and
left the venue of Paralimni with a feeling of content.

The most important part of the feedback we got is that participants who had no previous experience of Youth Exchange projects would
recommend this activity to others in high percentages, and people who participated in four or more of such projects told
us that the project met its initial goals that were well defined! 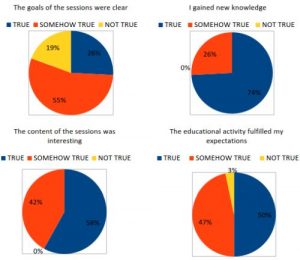 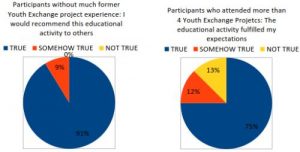 Human Trafficking as stated by the Council of Europe in the Convention on Action against Trafficking in Human Beings: “shall mean the recruitment, transportation, transfer, harbouring or receipt of persons, by means of the threat or use of force or other forms of coercion, of abduction, of fraud, of deception, of the abuse of power or of a position of vulnerability or of the giving or receiving of payments or benefits to achieve the consent of a person having control over another person, for the purpose of exploitation.

Exploitation shall include, at a minimum, the exploitation of the prostitution of others or other forms of sexual exploitation, forced labour or services, slavery or practices similar

to slavery, servitude or the removal of organs”.

Non- governmental organizations (NGOs) and the Police work together for finding, identifying and taking care of the victims’ health and social well being.